Over the course of the winter the Club lost one member and two ex members. It is with sadness that we announce that Keith Foulkes, Harry Jeffrey (Jeff or Tall Jeff) and Raymond Jenkins all passed away. Our thoughts and sympathies go out to their families.

Keith was a popular figure on the Aeron Town Pools and had been a member for many years. He fished mainly with the worm and did so for far too long with his famed ‘Woolies’ rod! Always keen to chat and pass on information, Keith was a good angler to know if you wanted to be in the know. Keith would have been the first to admit he was not the most prolific of anglers but he was a loyal and committed member and was liked by many - and he caught a few fish too and he was never happier than when he had. He will be greatly missed and the river bank will be a quieter place without him there this coming season.

Harry Jeffrey (aka Jeff or ‘Tall Jeff’) had not fished the Aeron for several years having moved away to Bridgend. However, Jeff was a noted angler on the river for many years, particularly from the mid 90s until he moved to Bridgend some time in the late 2000s. It is fair to say that Jeff studied the river and knew more about its ways than most. He put the hours in and worked out the Town Pools in a way that many could not. A committed worm angler, he would occasionally cast a spinner through the pools but only when things were desperate! Initially a very reserved and quiet member, Jeff soon got to know everyone and enjoyed the social aspects of fishing the Town Pools as much as anyone.

Not content with catching sewin, Jeff also worked out how to reliably catch mullet from the harbour, a feat that has driven many to the edge! Whilst very ill, Jeff returned to Aberaeron in the summer last year to see the river for one last time. I had the pleasure to catch up with him and chat about days gone by and share some fishing stories and reminisce. It was clear to me that he loved the Town Pools and it was without doubt one of his favourite placed on this earth. It turned out he was more ill than realised and he died shortly afterwards. Jeff’s ashes were scattered on the Aeron at a short ceremony on 11th December. 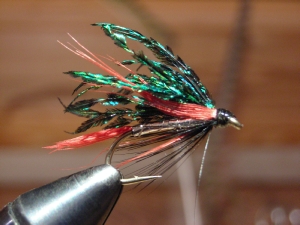 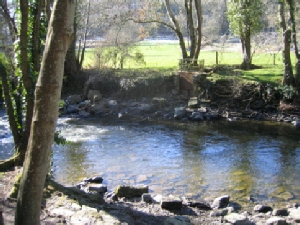 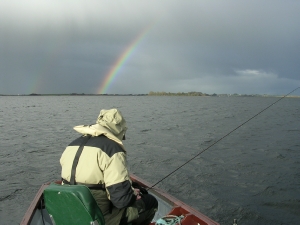 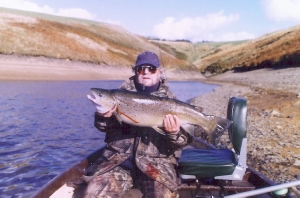 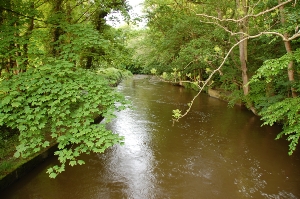 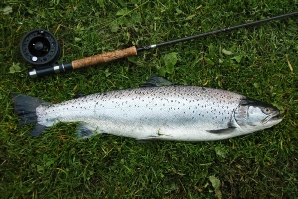 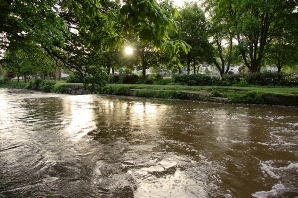 The Club will again run a new initiative this season. From 15th to 21st June inclusive, any ATAC member can bring along one guest to fish the Club waters free of charge. The guest angler must be fishing with the Club member at all times and must adhere to all Club rules. EA rod licenses are required to fish and these are available on a daily rate if the guest does not hold a rod license. Note that a migratory trout and salmon license is needed to fish the Aeron - these are £8 per day, £23 per 8 days or £72 per season (concession season £48, juniors 12-16 £5 per season and children under 12 can fish for free).

The season is now just two weeks away and the river is in good condition. Membership fees for 2015 have not changed over those of 2013 and 2014 and the Club will be offering a joint permit discount again this year in conjunction with the National Trust at Llanerchaeron. Full details on the Partner Fishing page and Permits page.

The 2014 AGM was held 30th January 2015 at the Feathers Royal Hotel, Aberaeron.  It was poorly attended which is a shame but the business of the evening was dealt with effectively.  The main points from the evening were:

The membership structure and fees remain unchanged for the 2015 season.

The 2014 annual presentation dinner was held at The Feathers Royal Hotel, Aberaeron. The evening was well attended and a great night was had by all. Trophies for the Club competition winners 2014 were presented as follows:

Unfortunately no entries were received for any of the river competitions on account of the poor fishing conditions and low catch rate for the season.

The Committee has been out performing bank maintenance in readiness for the start of the 2015 season. The Town Pools and Bevens has been cleared improving access, overhanging branches have been trimmed, litter has been cleared, silt and other flood debris has been removed from the Top Pool steps and the hedge bordering the leet has been cut to allow unrestricted back casting. A further bank maintenance session will be conducted upstream on the Cwmmiins stretch - any members interested in helping out please contact the Secretary. 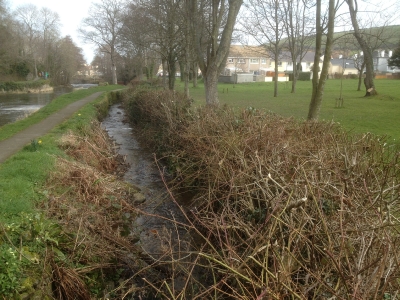 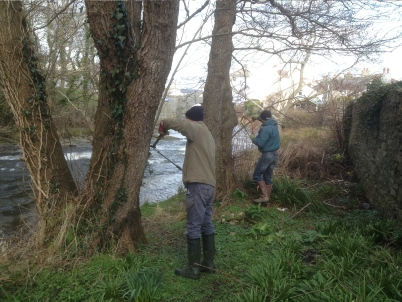 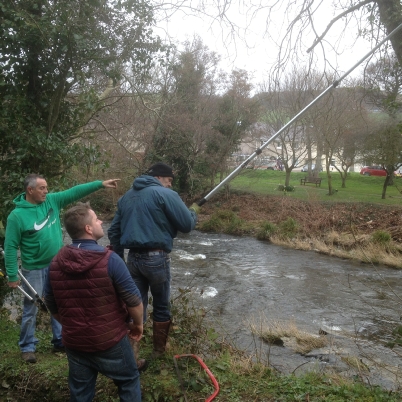 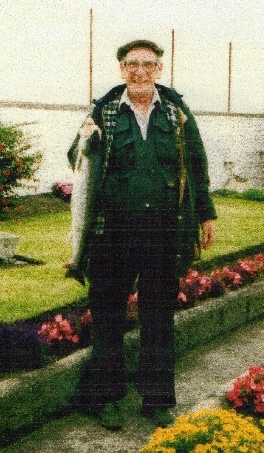 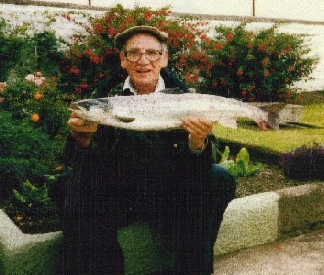